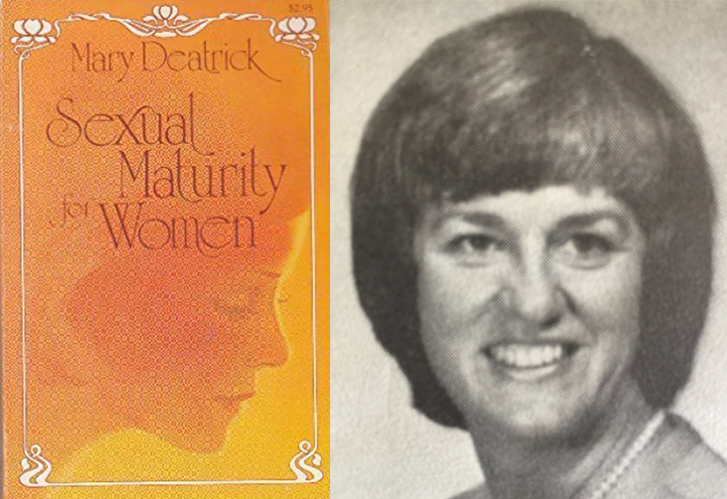 Co-Author at Gifted Adventure Book Series
Find me on LinkedIn

Author Kim Griffith remembers her own mother as a well-loved author and speaker in the 1970s.

Here’s the story of my mother and the book she wrote. I hope you see the bravery it took her to publish this book — she wanted to make a difference for people in their marriages. She showed me that it wasn’t “impossible” to step out and write an ambitious book.

I was 19 years of age, engaged to be married, had already lived out on my own. To save a few bucks, I spent the last couple of months before my nuptials back at home with my parents. (Let me tell you that is not an easy thing to do.)

My mother had always been one to delve a little deeper than I liked into my personal life. But I was the perfect daughter, and no matter what she asked me, I always answered her truthfully. So, as conversations about weddings, living arrangements, and plans ensued she said, “You will not marry before you read my book.”

Yes, my own mother is an author.

As a licensed marriage/family counsellor, Mom worked with hundreds of couples. She only worked part-time being sure that she was always there when we kids arrived home after school. She had a gift. She could drill down to the bedrock of a problem, the very hard truths no one wants to admit or accept. She could tell a couple the harsh realities of their behavior and expectations and do it all wrapped in love as though she had just tucked you into bed, read you a story, and kissed you good night. It was not unusual for us to come through the door after school to see Mom with a couple in the throes of a counselling session. Embarrassed for interrupting we would hightail it to the back of the house until the coast was clear.

She saved a ton of marriages. 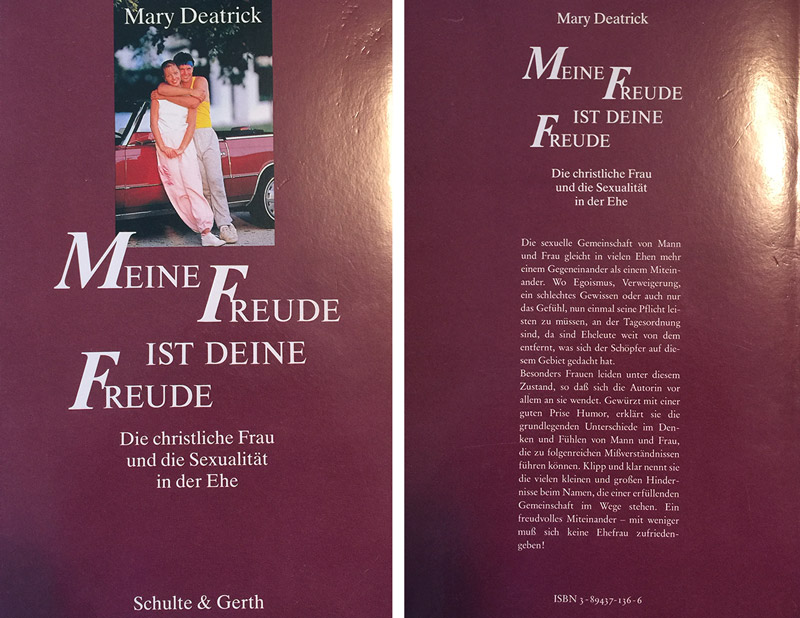 It was a different time back then. Running on the heels of the “make love not war” revolution of the ’60s, sex was free, open and noncommittal. Patterns emerged and Mom saw how many women used sex to manipulate their relationships, separate themselves from their husbands, and destroy the joy of their marriages. Hence she wrote her first book, SEXUAL MATURITY FOR WOMEN.

I suppose she wanted to ensure that I would not be like those she counselled. She probably wanted to know that I understood the value of sex as the glue that deepens and strengthens a love relationship. So even though I was an adult, I agreed to read her book just so I could marry with her blessing. No big deal.

There, Mom, happy now? (I actually said that to her.)

Published originally by Vision House, Mom self-published when the publisher wasn’t interested in a second printing. Boxes and boxes of books arrived at the house. When the second printing sold out, Mom let it be. No more.

My mother was so well known as a sex counsellor that she traveled the country doing seminars, couples workshops, and retreats. All with Dad, in tow of course.

But my mother did not set out in life to be known as the “sex teacher”.

She wanted more than anything to be a laboratory technician. She was kind of a sickly child making dozens of trips to the lab and was always fascinated by the tests, microscopes and blood draws she saw happening each time she was there. When it came time to attend college, her goal was to be a lab tech.

Ah, but there was Chemistry standing in her way. She understood it quite clearly when in the classroom. Doing the math while equations appeared across the board was not a difficult task. But put her alone with the books and homework assignments, and it all left her brain. She couldn’t make heads or tails of any of it. Her lifelong dream was not to be. Under the advice of her counsellor, she reluctantly changed her major to Sociology with a minor in Psychology.

Mom didn’t like to travel. She loved to be at home. And truth be told, all she ever wanted to be was “Bill’s wife” and the “mother to her girls”. She was a very traditional woman, except for the sex part. And I didn’t know until I was grown that she “got it” from her own mother. I guess you could say that I come from a line of experts in the field of sex.

As her mother was with her, our mother was with us. There was no question she wouldn’t answer except for the private details of her relationship with my Dad. My sister and I were always guessing whether Mom and Dad had “done it” that night. But mom never admitted to it.

And in his quiet, silent way, my Dad supported her in everything she did. He traveled with her everywhere. He had his own dreams he never realized. He wanted to travel to China, Hong Kong and ride the Orient Express. But Dad wouldn’t go because Mom wouldn’t go with him. He never wanted to leave her and refused to do so. As often as I volunteered to travel with him, he wouldn’t go. When the day came that he left this life, we understood why. While we always knew Dad was the “wind beneath Mom’s wings”, we had no clue that he was her wings.

Mom, Dad, I love you and miss you both. And now I understand…….